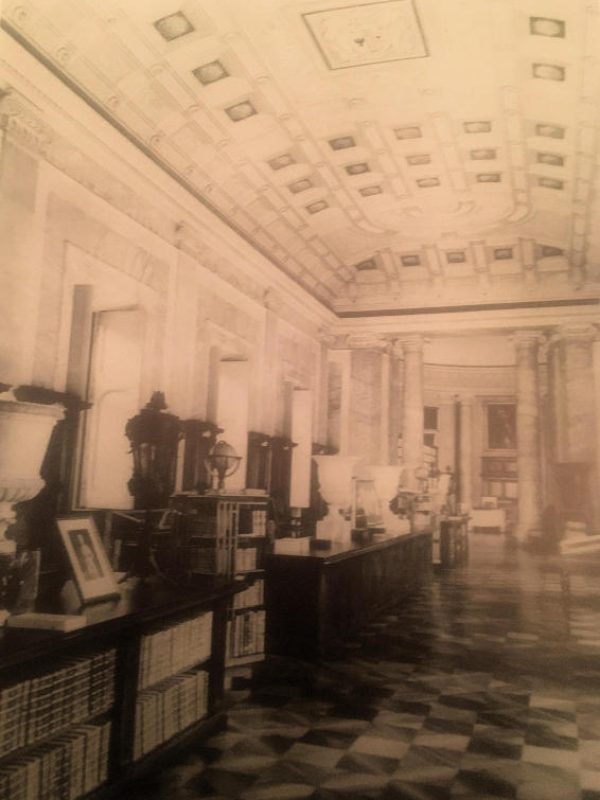 The Cardinal Colonna Gallery - also known at the time as the New Gallery - was built in 1730 by the architect Paolo Posi in place of a long corridor, decorated, as some late seventeenth-century guides refer, with the coats of arms of families related to the Colonna. The building is divided into three bodies: two arms and a central rotunda, supported by columns veneered in antique yellow, coming, as it is said, from the Pantheon and until then kept in the basement of the building. The structure was originally intended by Cardinal Jerome II as a library and an increased pictorial and archaeological collection. The Gallery is connected to the garden through two bridges, but the last room, connecting with the Sala della Colonna Bellica, was not yet finished at the time of the cardinal, who died in 1763, while the opposite area which served as a Ballroom for the times of the tenant ambassador of France, it had been decorated in the vault and in the frieze by Annibale Angelini from Perugia. And precisely in this environment, in which at the time a Deposition perhaps by Federico Zuccari could be seen in the background, in the presence of Pius VII, in 1803, the baptism ceremony of the two Savoy twins, Maria Teresa and Maria Anna (future empress of Austria). The event was consigned to memory by two paintings, as a pendant. Over the years the Cardinal Colonna Gallery was used as an archive of the family, which was originally located in the southern canton of the church of SS. Apostoli, in the building later renovated by Niccolò Michetti.
(Eduard A. Safarik from the book Palazzo Colonna)
Go to Top